This May, CHGS is sad to announce the loss of two friends, Margot De Wilde and Fred Baron. 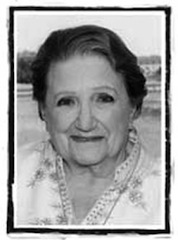 Margot De Wilde was born July 17, 1921, in Berlin, Germany.  Margot lived in Holland at the time of the Nazi occupation in the late spring of 1940. Margot worked in the underground by delivering false passports and identification cards to Jews to aid them in leaving Holland. Margot and her husband were arrested when attempting to escape using these underground papers via train to Switzerland. Both were sent to Auschwitz where Margot’s husband later died.

Margot endured and survived the infamous Nazi medical experiments that were performed in Auschwitz under the supervision of Dr. Josef Mengele. She was transferred near the end of the war to Ravensbrück concentration camp and was liberated at a satellite camp near the demarcation line of the British and Russian troops. After the war Margot returned to Holland and was reunited with her mother, father and brother who had survived the war in hiding.

Margot immigrated to the United States in the 1960s and was an active speaker in the community for more than 30 years before retiring from public speaking in 2010. In 2009 Margot’s story was published in the book Margot 47574: The Story of an Auschwitz Survivor.

Fred Baron was born in Vienna in 1924. He was 15 when the Germans annexed (Anschluss) Austria in 1938. Fred’s father had died while his sister was sent to England as part of the Kindertransport in 1939. Meanwhile, he and his mother sought shelter and lived in hiding. In 1941 they managed to escape to Hungary. Fred was arrested in Hungary and imprisoned for a time while his mother was sent to an internment camp. In June 1944 he was deported to Auschwitz.

After time in various labor camps, he was liberated by the British Army at Bergen-Belsen; in terrible health he was taken to Sweden for medical care. At the hospital he met his future wife Judith, who was also a Holocaust survivor, and was reunited with his sister. He resettled in Minnesota in 1947, attracted to the large Swedish population.

With Judith he raised a family, started a successful business and was a great supporter of the community. He had a kind and gentle spirit and a very optimistic outlook on life. He spoke often about his experiences and generously supported Holocaust education.

Both Fred and Margot will be sorely missed.