ISIS is Committing Genocide: Now what?

On March 15th, the United States House of Representatives passed an unprecedented resolution: it condemned the actions of ISIS as genocide. In a clear demonstration of the barbarity of the terrorist regime, the House resolution passed 393-0, a virtually unheard of display of bipartisan support. Two days later, the Obama administration confirmed the House’s decision, when Secretary of State John Kerry said: “My purpose here today is to assert in my judgment, (ISIS) is responsible for genocide against groups in areas under its control including Yazidis, Christians and Shiite Muslims.”

Although the designation of genocide is rooted in a legal definition found in the 1948 United Nations Convention on the Prevention and Punishment of the Crime of Genocide it does not obligate the United States to intervene on behalf of the groups in ISIS controlled territory. Instead, the House resolution and Obama Administration designation largely serve as a symbolic measure. Questions arise around the politicization of the term.

Secretary Kerry did leave the door open to possible U.S. involvement, saying “the United States will strongly support efforts to collect, document, preserve and analyze the evidence of atrocities and we will do all we can to see that the perpetrators are held accountable.”

For more information about the announcement from the Secretary of State, see the coverage from the New York Times. A critical assessment of the politics of labeling crimes as genocide can be found in this article from The Globe and Mail.

No Genocide in Myanmar
On the heels of its announcement of genocide occurring in ISIS controlled territory, the U.S. State Department announced that genocide was not happening in Myanmar. Although it found evidence of discrimination against its Muslim community, the State Department does not believe this crosses the threshold of genocide. The findings point the difficult nature of determining genocide, especially while the events are still unfolding.

For more information about the State Department’s findings in Burma, see this story from Reuters.

Conviction for Karadzić: Genocide, but not Everywhere

On March 24th Radovan Karadzić, the Serbian former President of the Republika Srpska during the Bosnian War was convicted on 10 of the 11 crimes he was indicted of at the International Criminal Tribunal for the former Yugoslavia (ICTY). Known as the ‘Butcher of Bosnia,’ Karadzić was found guilty of genocide for his role in the killing of 8,000 Bosniak Muslim men and boys at Srebrenica in July 1995.
While the court ruling likely closes one chapter of the Bosnian War, it will leave the story far from finished. The wounds from the war and its horrific massacres remain largely unhealed in the region. For Bosnia’s Muslim community, the tribunal has failed to acknowledge the full scale of their suffering, since genocide is recognized only for a single event, Srebrenica. For Bosnian Serbs, denial is rampant and Karadzić is seen as a hero. Such reactions raise questions about the utility of genocide prosecutions in law and in transitional justice processes more broadly.

For commentary on the conviction of Karadzić, see this op-ed piece from the Los Angeles Times. For more information about the verdict, see this article from the Washington Post.

40th Anniversary of the Argentine Coup

March 24th marks the 40th anniversary of the Argentine coup, which ushered in seven years of military rule and an initiated a period of extreme repression. Between 10,000 and 30,000 people were forcefully disappeared as a consequence of state terrorism during this period. Some Argentinean scholars consider that the actions of the 1976-1983 military dictatorship, such as systematic abduction, internment in clandestine detention centers, use of torture, and appropriation of children of the disappeared, constitute genocide. In this view, victims include a wide range of individuals who, despite their otherwise diverse categorizations, are consolidated into a distinct group of political subversives to be eliminated in the eyes of the perpetrators.

On March 23rd President Obama vowed to release records of American involvement in the 1976 coup. You can read more about it in this Washington Post story. 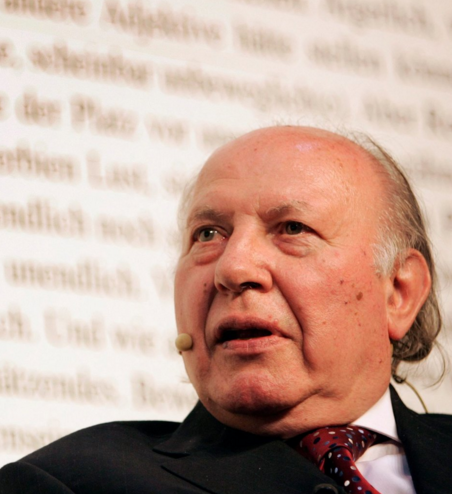 March 31st. Born in Budapest 1929, Kertesz was sent to Auschwitz in 1944 as one of the more than 440,000 Hungarian Jews deported to the Nazi death camps. His experience at the camp led Kertesz to author several books, beginning with Fatelessness. The novel recounts the experience of a teenage boy in a concentration camp.

In 2002, Kertesz was awarded the Nobel Prize for Literature, becoming the first Hungarian to win the award for literature. In awarding the prize, a member of the Nobel Academy wrote, “He is one of the few people who manages to describe that in a way which is immediately accessible to us, (those) who have not shared that experience.”

For more information about the life of Imre Kertesz, see his obituary in the New York Times.

Joe Eggers is a graduate student at the University of Minnesota, focusing his research on cultural genocide and indigenous communities.